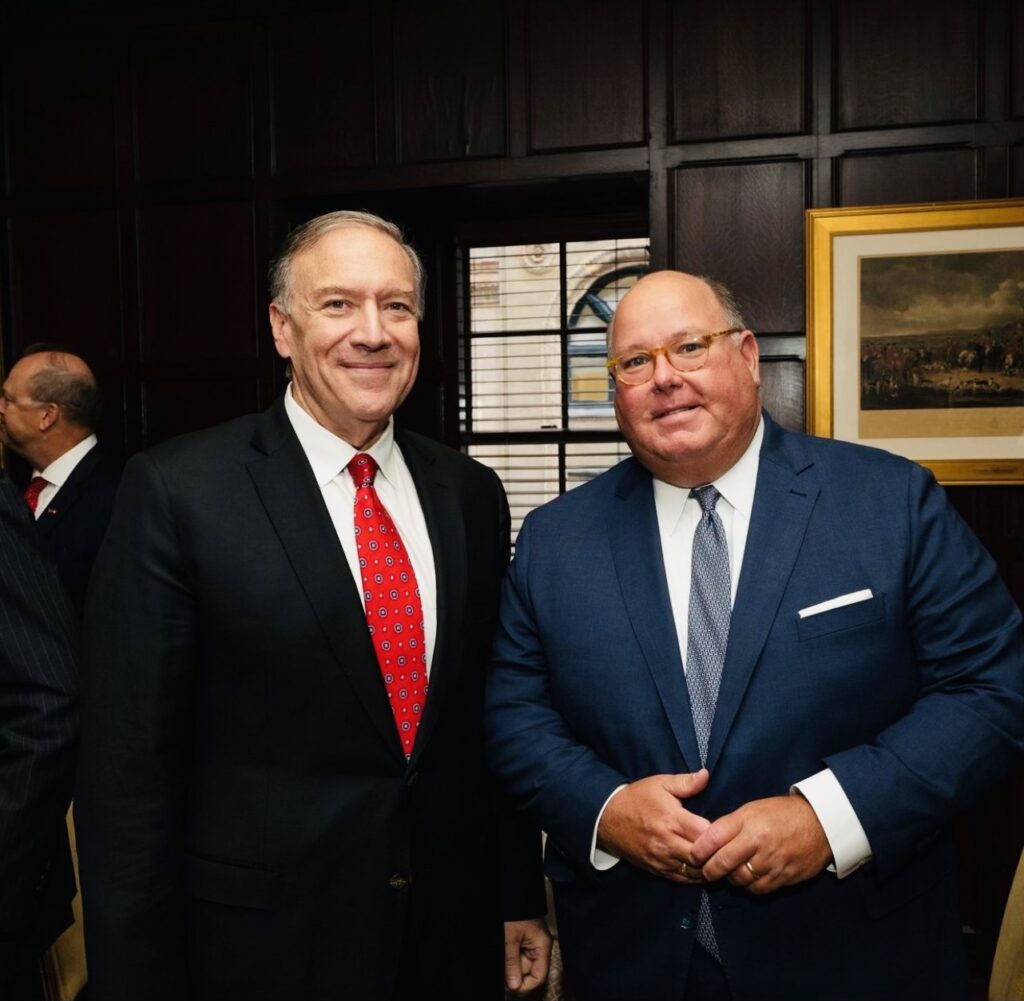 “Neutrality is neutrality. Any reconstruction of that definition threatens the very function it serves.”

The decades old policy of neutrality is worth preserving so Switzerland’s credibility and unique role in foreign policy is unchallenged and strong, says the former US Ambassador to Switzerland Ed McMullen, who served under President Donald Trump.

I left my post as America’s ambassador to Switzerland in January of 2021, on the eve of the new administration. Ever since, I have maintained deep ties with my former host country and frequently visit Switzerland and Liechtenstein with long-time friends enjoying dinners, recreation and interesting political and business discussions. This week, I am back attending the Economic Forum in Davos. One recurring question greets me throughout: What do I think of Switzerland's recent departure from neutrality?

Swiss neutrality has historic advantages for Switzerland, the West, and the world. Take, for example, the poisoning of Sergei Skripal, a former Russian military officer and double agent for the British intelligence agencies. Using the Spiez lab, the Swiss government was able to confirm to the world, with unassailable impartiality, the science of the poison. I watched Swiss diplomats navigate the difficult waters of Iranian politics, enabling the release of two US citizens from Iranian prisons. Time and again, during my tenure, I observed the Swiss, home of the Red Cross, brave war torn regions as trusted peacekeepers. Switzerland’s commitment to neutrality is what enables this small but powerful country, at the heart of Europe, to safeguard freedom, liberty, and human rights throughout the world. If not Switzerland, who will serve this critically important role amidst the global dangers?

There have been declarations from the highest levels of the US government purporting to redefine Swiss neutrality. In Davos I was asked about the following statement: “Neutrality cannot mean not intervening anywhere. As a good neighbor, you also have to take into account what is happening around you in order to take the necessary measures to defend Europe. That is what Switzerland has done.”

I can only speak to my own experience. Neutrality is neutrality. Any reconstruction of that definition threatens the very function it serves. Nations know that Switzerland uses its good offices and its financial resources to support human rights. This decades old policy is worth preserving. The world needs Switzerland’s credibility and its unique role in foreign policy to remain unchallenged.

President Donald J. Trump respected the power of Switzerland’s neutrality and its role as an honest broker of competing global interests. On countless occasions, the appreciation our government had for your federal council, diplomats, and policy leaders, along with our unwavering trust in your ambassadors to our country, allowed for bilateral opportunities we have not seen in decades. Trade, investment, foreign policy, and trust were at an unprecedented level because President Trump understood the importance of your nation to global stability. As a consequence, he made Switzerland an urgent priority. The president knew, Secretary of State Mike Pompeo and I knew, that your neutrality, your innovation, and your values fortified a strong alliance and friendship.

The Swiss government strongly supports the international sanctions against Russia. Will sanctions bring the Russians to their knees? Or do they, rather, have the opposite effect?

I speak, now, as a private citizen who knows the Swiss in ways many Americans do not. I personally have questions about the effectiveness of unilateral sanctions. Iran, Cuba, Russia, China and other regimes are all subject to US sanctions. Sanctions can only be successful if diplomacy and dialogue between nations are also achieved.

I personally believe that Switzerland, and only Switzerland, should determine its position on these matters. There are rogue regimes reigning terror throughout the world. Switzerland has historically played a unique role that impacts those nations’ policies through diplomacy and dialogue. I have witnessed the Swiss government and the Swiss people consistently embrace freedom, democracy, and human rights while safeguarding their vow of neutrality. Neutrality, in my view, is essential to Switzerland’s influence and to advancing world peace and prosperity.

Edward T. McMullen served as Ambassador of the United States to Switzerland and Liechtenstein under President Donald Trump from 2017 to 2021.