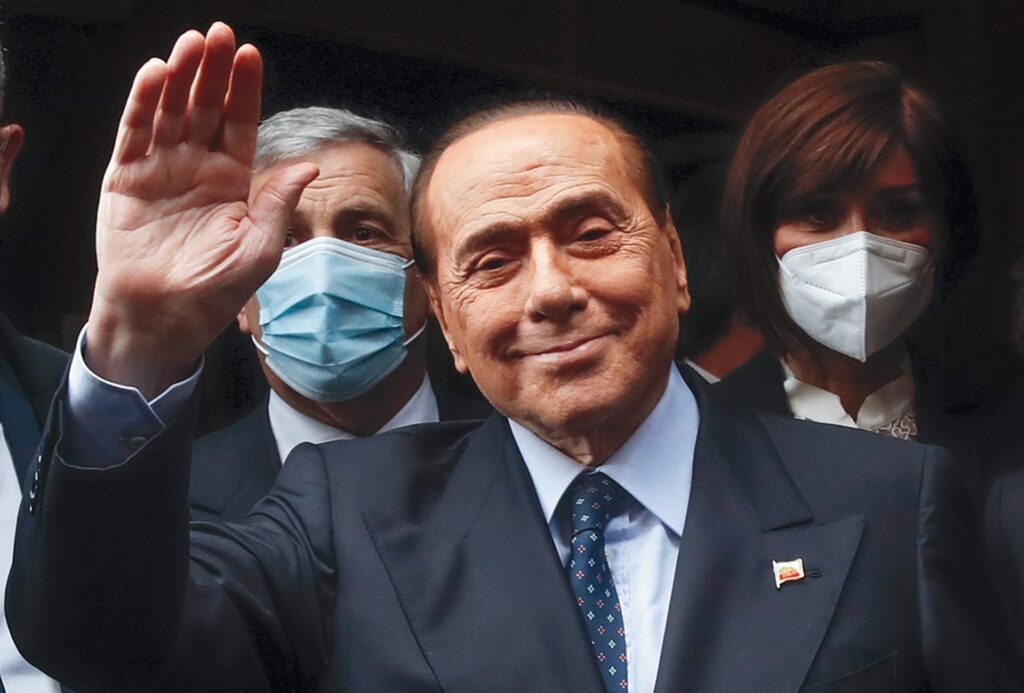 Italy’s powerful left-wing press is getting molto agitato. Silvio Berlusconi is enjoying a remarkable renaissance aged 85 and is very possibly about to become Italy's next president.

The Euro Establishment thought they had exorcized Silvio "Bunga Bunga" Berlusconi for good from the body politic when back in 2011 they forced him to resign as Italian Prime Minister after a palace coup orchestrated in Berlin, Paris and Brussels.

They were wrong. Il Cavaliere (The Knight) or even Silvio Il Magnifico – as his supporters call the media tycoon – bounced back despite a 2013 four year jail sentence for tax fraud, commuted to one year's community service playing the piano in an old people's home, and a five year ban from political office.

Now, the four times prime minister, who returned to front-line politics in 2019 as a Euro-MP, is enjoying a remarkable renaissance aged 85 and is very possibly about to become Italy's next president.

In any other country, it is impossible to imagine that such a man could be considered as head of state. Ever since he became a politician in 1994 he has faced a barrage of trials brought by Italy's notoriously left-wing judges – the so-called "Toghe Rosse" – in which he's been accused of being (among other things) a corrupt, mafioso, pedofile, whore-monger.

Yet in Italy, enough Italians believe him to be the innocent victim of a judicial witch-hunt or else guilty only of things they themselves are, or could easily be, guilty of as well. And his only conviction remains the tax fraud one.

Italian presidents, whose powers are largely but not exclusively ceremonial, are elected in a secret ballot by the 951 Senators and Deputies, and 58 regional delegates, and serve for seven years. The elections to replace the current president, Sergio Mattarella, begin on 24th January.

As things stand, Berlusconi looks like the only name in the frame with enough support to get within reach of the required total.

A two thirds majority is required which no one ever gets. But after three rounds of voting, a simple majority is enough.

Il Cav. has the support of about 450 parliamentarians from the three right-wing parties - the radical-right Lega, the post-fascist Fratelli d'Italia and his own centre-right Forza Italia. But he needs a further 60 odd.

He has a real chance of victory thanks to an exquisite irony.

The current Prime Minister Mario Draghi,  the ex head of the European Central Bank who is head of Italy's emergency government of national unity, has said he would like to be President.

Draghi would have enough supporters to win.

If he were not Prime Minister.

But few parliamentarians, of whatever party, want him as President because they would have to find a new Prime Minister – a well nigh impossible task.

So, there would be a snap general election which both the alt-left Five Star – which has the most parliamentarians – and the post-communist Partito Democratico (PD) - which has the third most – are desperate to avoid.

Support for Five Star has slumped to 15% in the polls and there is no way the PD – though competing for pole position ion about 20% in the polls with the Lega and Fratelli d'Italia – could win enough votes to form a government.

But nor do the Lega – which has the second most parliamentarians – or Berlusconi's own Forza Italia – want a snap election even though in coalition with Fratelli d'Italia they would win, say the polls. They, too, want Draghi to stay as premier so Berlusconi can become president. Only Fratelli d'Italia wants elections now.

Certainly, Italy’s powerful left-wing press is getting molto agitato. The popular daily Il Fatto Quotidiano has organized a petition against Berlusconi's candidature which has got  200,000 signatures, and an editorial listing every allegation ever levelled against him which begins: ‘The President of the Republic must be the guarantor of the constitution. Silvio Berlusconi is the guarantor of corruption and prostitution.’ It concludes: ‘For all these reasons we ask all parliamentarians not to vote for him as President of the Republic. In fact, not to even talk about him. And, if possible, not to think about him either.’

The appeal has fallen on deaf ears - so far.